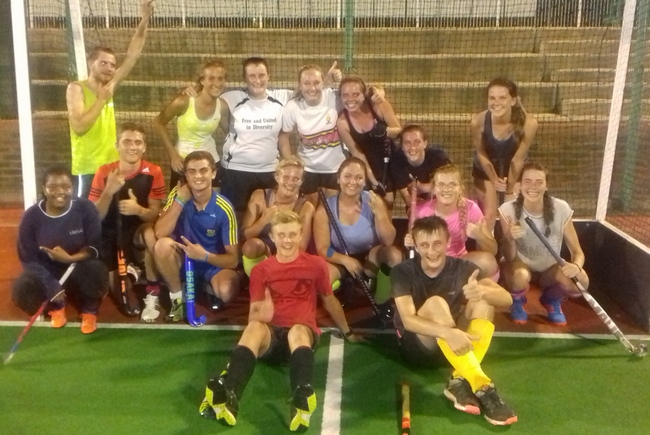 Our first training session in 2017

Nova Hockey Club ("Nova" is Latin for "new") was founded in January 2017 which makes it by far the youngest club in the greater Tshwane Area.  From the outset our dream was to grow "sideways" and "upwards" by both increasing our membership base and also gaining promotion to higher leagues (after we had to start at the bottom).  We are very proud to have been living up to this dream thus far – by the end of our third season we were already the fourth largest club affiliated to the Northerns Blues Hockey Association and our men's and women's first teams had already gained promotion all the way up to the Northerns second league!

The club was founded to a large extent to provide opportunities for people to play club hockey in the northern and western regions of Pretoria, which is why we are based at the Pretoria West campus of the Tshwane University of Technology (TUT).  However, we have attracted – and always welcome – players from as far south as Centurion and as far east as Bronkhorstspruit! 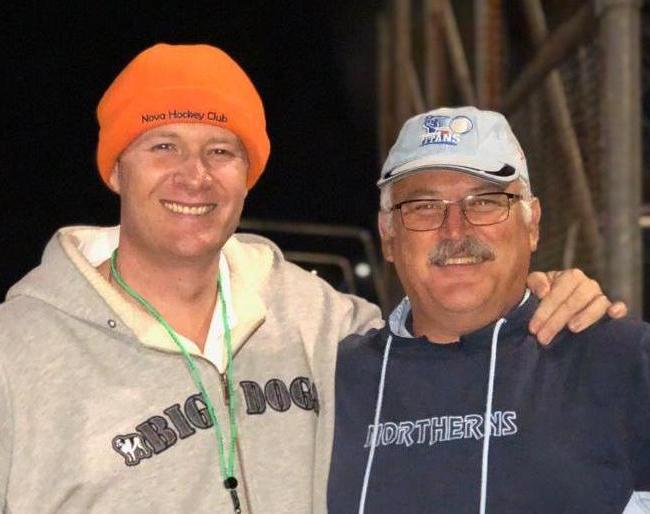 The club's affairs are overseen by a compact committee, under the capable chairmanship of Johan Pretorius.  Johan is a relative newcomer to hockey, having been a premier league cricketer in his day, but his passion for the game and his vision to build the Nova Hockey brand sees him take on his responsibilities with a truly "hands-on" approach.  He has already qualified as a SAHA Level 1 coach and coaches our women's second team but he is indispensable with logistical arrangements – from arranging half-time drinks, to making boerie rolls for spectators, to carting our gazebos to home matches, to transporting players to and from matches and much, much more.

The day-to-day technical and administrative running of the club is managed by our club director, Graham Johnson, who has a team of dedicated volunteers who assist him.  Graham was introduced to the sport of hockey at high school in 1980 already and played for the University of Pretoria's first team for a few years.  After an absence of many years, he again took up coaching in 2004 and has been involved in club hockey ever since.  He is a SAHA Level 2 coach who has, over the years, coached at a wide range of skill levels and age groups.  Graham has also been accredited by SAHA as both a coach educator and an umpire coach & grader.  On the adminstrative side Graham has been involved with a number of clubs and served a few terms on the Northerns executive committee, including a two-year term as the Association's vice president.